Your local movers in Courtenay, BC 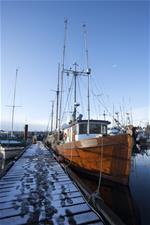 Are you in search of the region’s greatest Courtenay, BC movers? You’ve found them!

Situated on Vancouver Island’s east coast, Courtenay serves as the largest and principle city of the region’s “Comox Valley,” serving as seat of the Comox Valley Regional District. Courtenay is also home to the Canadian Scottish Regiment (Princess Mary’s), the largest infantry reserve unit in all of Western Canada.

Interestingly, the history of the Courtenay area can be traced back by thousands of years, originally serving as the home to the K'ómoks people, a first nation with roots in the region dating back far before the presence of European settlers and explorers. The Courtenay region’s long standing reputation of having remarkably rich agricultural quality, along with close proximity to clean waterways, drew many early settlers to the area around the mid-19th century.

Throughout the 20th century, an influx of international settlers took hold, due largely in part to the continued expansion of coal mining operations in the region—Courtenay’s rich agricultural landscape allowed mining efforts to thrive as surrounding settlements developed.

Modern Courtenay has shifted away from the production of natural resources, instead opting to adapt into a more service sector economy to suit its increasing demographic of retiree and former military citizens.

With North American Van Lines, you can rest assured that we are supremely dedicated to providing a superior local, long distance or international move that will be assembled to meet all your requirements—no matter what you are moving, whether it be yourself, your family, your pets, employees or business, you can find the greatest Courtenay movers with a fully customized plan to suit the needs of your move. You can fill out our quick quote form for a free moving estimate at your leisure.

The international relocation will be handled by long distance movers with offices and representatives in more than 140 countries all over the world. Regardless of whether you’re coming to (or from) Courtenay, our “North American Way” will provide the highest quality move that can be attained for you, every step of the way.

Reviews from bc Customers